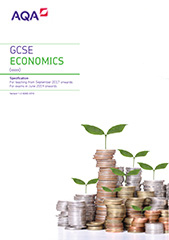 3.2 How the economy works

Students are introduced to the wider economy from the perspective of the main economic groups: consumers, producers and government. Students explore the significance of interest rates including their impact on saving, borrowing and spending.

The core of this unit will focus on government objectives and their role in managing the economy. A range of policies will be explored in relation to the objectives, highlighting the fact that pursuing one objective can have a detrimental effect on other objectives.

Students should be encouraged to explore the moral, ethical and sustainability issues that underpin all aspects of managing an economy.

Introduction to the national economy

Students explore how government spending and taxation can influence the level of economic activity. Interest rates will be introduced briefly in order to illustrate the effect on saving, borrowing and spending.

Students study the principal economic objectives of stable prices, economic growth, full employment and the Balance of Payments. For each of the government objectives, students look at how they are measured, the factors that cause them and their implications, both positive and negative, for an economy. Students will learn that policies designed to achieve one of the objectives can often impact positively or negatively on achieving the other objectives.

Economic objectives of the government

How the government manages the economy

Students examine the tools available to government to manage the economy. Government economic policies will be looked at, with a focus on monetary, fiscal and supply-side policies. Each policy will be examined in turn to show how they can be used to influence economic performance. Government policies to affect the distribution of income and the correction of negative externalities are also addressed.

International trade and the global economy

Students look at why countries trade and the importance of international trade to the UK. The measurement of UK trade through the balance of trade is examined, as are the causes of current account surpluses and deficits within the overall balance of payments. Students consider how exchange rates are determined as well as the impact that changes in exchange rates have on producers and consumers. Students also explore the advantages of free-trade agreements, their impact and the significance of the European Union. The benefits and drawbacks of globalisation will be looked at, including the moral and ethical aspects associated with the increase in global trade, and the role of the multinational corporations.

Free-trade agreements including the European Union

The role of money and financial markets

Students look at the role of money, its functions and the role and importance of the financial markets. The importance to consumers, producers and government with respect to saving, borrowing and spending will be examined.

The role of money

The role and importance of the financial sector for the economy

Previous
3.1 How markets work
Next
Scheme of assessment