I speak from personal experience: late pregnancy in the heat of summer is hideous, a young baby through the dark days of winter is an ordeal and, just as the sun begins to shine and you can get outside again, your infant starts to eat everything crossing his or her path from slugs and snails to puppy dog tails. And once your summer-born offspring gets to school well, they could be facing an uphill battle simply because they were born at the wrong end of the academic calendar.

There are large differences in educational attainment between children born at the start and end of the academic year. The research suggests that these differences decrease as children get older, but by the time children sit their GCSEs, the disparity still exists and it is significant.

But more insidious than this is the finding, in a recent analysis by CERP, that birth month appears to affect the choices that children make at school. Not only do winter-born children perform better in their GCSEs but they have a slight tendency to choose subjects which, when continued to A-level, are described as 'facilitating subjects' by the Russell Group of universities. The pattern of subject choice is intriguing. Why, if you are born in the autumn, are you more likely to opt for Physics? And if you are born in the summer are you more likely to favour Art & Design? 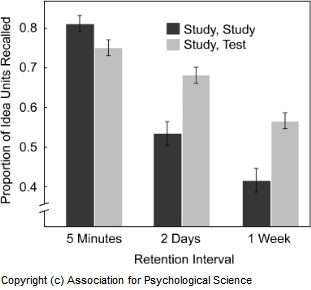 The one finding that may not be too surprising is that older children choose Physical Education in greater numbers. This is a well-known phenomenon, a result of older children being physically more developed than their younger peers. Indeed, the Guardian recently placed the birth month of footballers in the World Cup under scrutiny. According to their (admittedly suspect*) data, considerably more footballers were born in the first half of the year (the more general cut-off date around the world for school year entry). For the England squad, the balance between autumn and summer born players was quite even. In the first team that went up against Italy, there were six autumn borns, one spring born and four summer borns.

Am I just as guilty of bias against summer born children as all others if I suggest that Roy Hodgson should have considered starting with Ross Barkley, born in December, instead of Steven Gerrard, born in May? Perhaps, who knows. Maybe England would have done better if we had given some of our summer born players a better chance earlier in life.

*'Suspect' in that the data on footballers' birthdays was later found to be inaccurate (see the update at the end of the article). Although the updated figures were actually a better fit for the article's analysis of the Birthday Paradox, the episode also provided a useful learning opportunity: always treat Wikipedia entries with a dose of scepticism .